JackBattle_ won the 4Seasons Tournament in Italy with his take on RG Lands. His report (in Italian) can be found here.

What follows below is that report translated into English by our very own Morgormir! Here it is:

Hello everyone, my name is Giacomo Battaglia and I’m a Legacy player belonging to DD-Team. For this edition of 4Seasons I opted to bring Lands, being the only deck I enjoy playing. During the last month or so I playtested the deck extensively with my teammate and friend Francesco Messina, and after having attempted all the flavours of Lands we came to the conclusion that no splash was necessary, but that a straight RG version metagamed for the tournament (as we expected a lot of Delver and Snowko) was perfectly satisfactory.

In the following paragraphs I outline the games I played, unfortunately I do not remember the names of the pilots who I didn’t know.

Round 1: DnT 2-0
The matchup is very grindy, but both games I lead the matchup with the most troublesome cards for my opponent, which are Tabernacle and Punishing Fire. Opponent never sees Sanctum Prelate which could have been the only problematic card out of their deck.

Round 2: Burn 2-0
My opponent was seated at a table near mine during round 1 so I already knew the deck they were on. I know that drawn out games often result in a loss for Lands, and that mana denial is a losing proposition. I win the die roll and set up both games for a turn 2 20/20, so both games were very short.

Round 3: RUG Delver 2-1
The matchup is really close. My primary plan is to prevent them from playing Magic, and my backup is Marit Lage in case things go south.

They lead on Delver of Secrets G1, and I have Wasteland and Tabernacle in hand. I lead on Wasteland, and since they don’t have a second land, Delver dies to Tabernacle the turn after. The game ends shortly thereafter where my opponent is unable to develop their board.

G2 is very drawn out. I see very little action and my opponent too, even after a couple Arcanist attacks, which has no spells to flashback in the graveyard. Later in the match, they draw into cantrips and burn spells sending me to 0.

G3 I remove 3 Arcanists thanks to Grasping Dunes, REB on Oko and Wasteland Lock to bring the game to a close.

Round 4: UB Shadow 2-0
A favourable matchup for me, both games I find Grove of the Burnwillows which keep my opponent off their gameplan. G1 they present a fast Reanimate on Street Wraith but Elvish Reclaimer rotating for Bojuka Bog solves that problem, and the game is all downhill from there.

G2 I keep them at a high life total, keeping them off mana with Rishadan Port and close out the game with Choke backed up by REB.

Round 5: Lands (Messina) Draw/Split
I meet my friend and testing companion. We’re both doing very well and decide to not play, in order to both enter top 8. A risky decision, but seeing as the list is performing so well we’re convinced it’s possible.

Round 6: Snowko 2-0
G1 I have a very strong opener with Loam, Exploration, Stage and Depths. My opponent never found any countermagic and I assemble the token every turn in short succession. They make a couple Angels off of Entreat but it’s not enough.

G2 I play an Elvish Reclaimer very early, and my opinion plays Blood Moon, leaving them with poor mana as they don’t have any Astrolabes. Oko follows soon after, but eats a ReB; Humility is attempted as another out, so I activate Reclaimer for Depths, which has no counters thanks to Moon. Jace is their follow up play, which I remove with my second ReB; EoT I break both Humility and Moon with Force of Vigor to make the 20/20 and close the match.

Round 7: DnT 1-1
G1 takes forever. I win through Prelate thanks to Zombies. Marit Lage eating a Plow allowed me to draw many cards off Sylvan Library.

Round 8: Dragon Stompy 2-1
G1 They play a turn 1 Trinisphere with City of Traitors and SSG into Goblin Rabblemaster the turn after. Once I get to 3 mana I rotate for Tabernacle to slow them down, and win by a hair thanks to Marit Lage.

G2 2 Chalice come down t1, one on 0 and the other on 1. Karn follows suit the turn after, which gets Liquimetal Coating, keeping me at 2 mana and off the Krosan Grip I have in hand.

G3 They play a turn 1 Chandra, I Wasteland their City. Another Sol Land, two mana off Chandra and Karn follows, which gets Coating again, targeting my Taiga. I Ghost Quarter my Taiga in response to get basic Forest, and I break Liquimetal Coating EoT with FoV.
My opponent gets Sorcerous Spyglass the following turn and sees K-Grip, 2 Depths and a Stage, the last of which they name. I have 2 lands in play at this point, and the following turns my opponent makes a couple of misplays, allowing me to close out the game and match thanks to K-Grip on Blood Moon, while having Depths out with no counters.

I finish the tournament here with a score of 6-0-2 and end up first in the Swiss. Top 8 is split among us given the late hour. My friend Francesco also is in the Top 4 with the list we built together. I thank my teammates and everyone I had a chance to chat with, as well as the TOs for having organized a wonderful event in anything but easy circumstances. 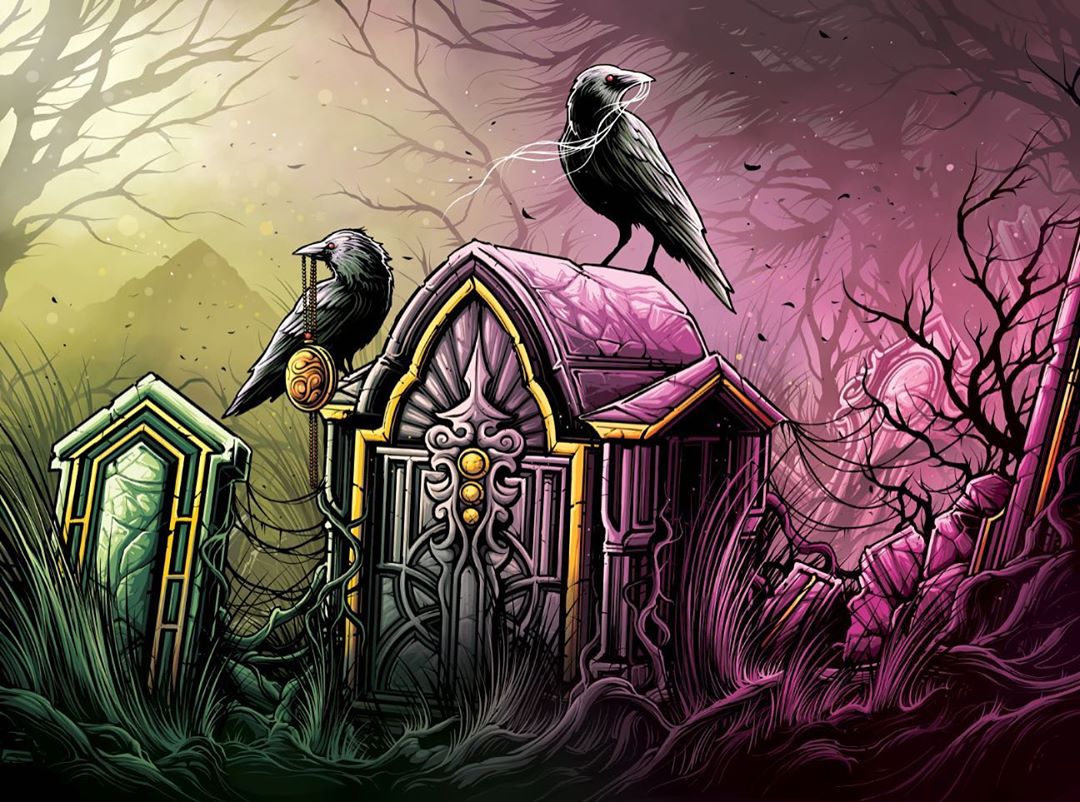